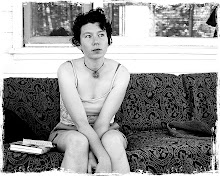 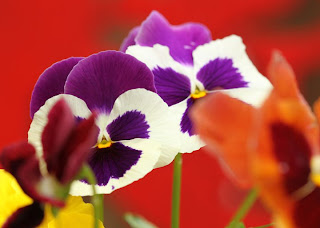 I do so love a year-end list, even one that's a little late.

But when I started thinking back on 2011 in terms of writing, it seemed at first like there weren't many milestones. In a lot of ways, it wasn't a very productive year for me, other than 20 poems toward the Beaupre manuscript during May Day (a leisurely pace for me) and a handful of random one-off pieces (some of which please me very much!) later in the year. But not every year can be filled with launches, touring, media interviews, etc.. So, I have to look a little deeper for the highlights of 2011. And it turns out there are lots.

I came within sniffing distance of the Bliss Carman Prize that I so covet. And, as a result had a poem in the summer issue of Prairie Fire, the second time I've appeared in their pages (other than as a donor or board member). And, the MASH poems (well, four of them), found a home in the Antigonish Review.

I did a few readings in 2011, but my favourite was in Spring Green, WI. Nope, it wasn't my finest reading this year, nor most lucrative, but it was the funnest -- and I remember the warm reception and beautiful space very fondly.

I squealed with delight when I found out I was a finalist for the Acorn-Plantos Award. And didn't cry that I wasn't the winner, which I think is an important sign of maturity and personal growth!

I joined a writing group, with three other poets whose work I admire, feedback I relish and company I savour. Our time together is inspiring, encouraging and delightful in every way. I look forward to our meetings in 2012.

Probably the biggest writing-related coup of 2011 won't actually be realized until early 2012, when I head to Spain and Italy for back-to-back writing residencies, thanks to a grant from the Manitoba Arts Council and a sympathetic employer, to focus on my next project. (More to come on that!) It also represents the first time in my life I've Visualized A Goal and Planned For The Future. Crazy!

Plus, it was a great year for reading (The Lacuna, The Cat's Table, The Thousand Autumns of Jacob de Zoet, Bossypants, The Biggest Modern Woman of the World, and so many others) and for going to readings (Patrick Friesen, Bren Simmers, Jen Still, Joanna Skibsrud, etc, etc.).

But probably the greatest delight in my 2011 writing life was al fresco scribbling in the backyard during a hot, dry, mosquito-less, and perfect-in-every-way summer. (Of course my most successful creative endeavor of last year was our garden, a delicious delight.) And here's the view from notebook: 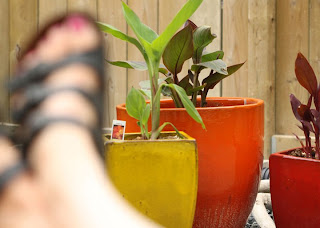 Posted by kerryan at 6:20 PM No comments: 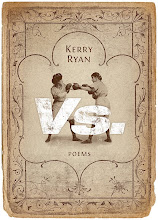